Some years ago I came across a sheet at work, from some communication course. It's title was "Want to show what an up to date modern manager you are?" It had three columns and nine rows of strange business like buzz words.

The object it said, was to create a new random business phrase by taking one expression from each of the three columns, and it said further "Don't worry if you don't know what they mean because no one will want to look an idiot by asking you what they mean" Incidentally if you want to have a go, I programmed it using old fashioned Javascript and placed it here. it bought the reader back to reality with the comment "Something best to avoid in official minutes" 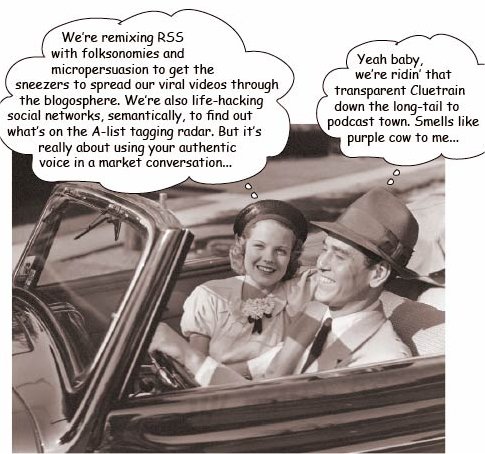 This highlights a problem we have in todays modern world, the need to give good and concise communication is sometimes thwarted by some need to keep up some kind of impression of authority. Some years ago, Scott Adams, of Dilbert fame, recounted in an interview with the BBC programme In Business , how one time his boss went through a report he had written, and crossed out the word "use" and substituted the word "utilise" Again, there was this idea that in order to make a good impression, you needed to avoid the simple words and use big ones to appear clever.

News Flash - The purpose of communication is to pass information in a clear and as consise a manner as possible.

I do realise that each profession has its own special words, or jargon, but do we nearly need to put up barriers that stops people from understanding what we are trying to tell them? I also realise that is hard not to lapse into our own "techno speak", for this article I have been trying very hard to avoid some of the big words I would normally ustilse (sorry use).

Here in the UK we have an organisation called the Plain English Campaign , and each year they have a competition called the Golden Bull Awards , which is for the worst cases of written English. They also offer advice on making literature as clear as possible with their Crystal Mark scheme, which can be downloaded for free. Maybe where you live, there may be some other organisations that can assist in making what you put out more clearer. That way people understand you better, and unlike the recipients of the Golden Bull award you are not made subjects of ridicule. Even if you can not find a more local organisation, before putting out anything, get someone else to read through it and see if it is crystal clear

Who says the modern manager can not use plain and simple language to get their message across.

Graeme Stickings
Newcastle upon Tyne
This email address is being protected from spambots. You need JavaScript enabled to view it.